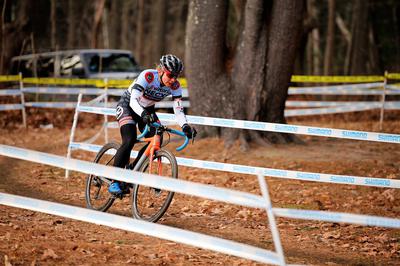 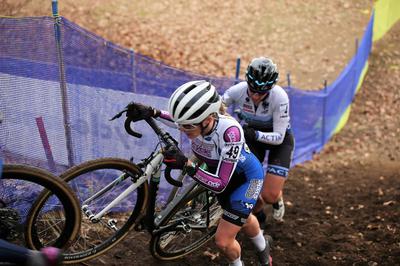 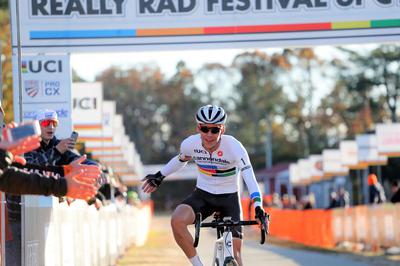 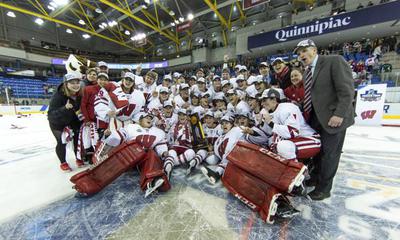 “I think we've all been visualizing this moment,” she said. “I think right now it's pretty surreal, but it feels like we've been here before. For me, just the amount of times I've seen this in my head.” The win also capped off a phenomenal career for Pankowski, who scored 11 goals in the Badgers’ seven postseason games. She was also one of three finalists for the 2019 Patty Kazmaier Memorial Award, which was presented on Saturday. “She’s has been through a lot, always kept her head up high,” W 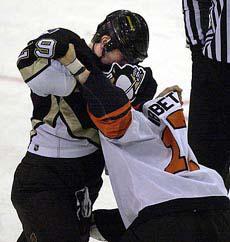 Tibbetts’ past helping to shape futures |

HYANNIS, MA – Cape Cod Bluefins owner Mike Nugnes is out to prove the adage that “perception is reality” is a misnomer – particularly when it involves Billy Tibbetts. Nugnes, who also fills the roles of general manager and head coach, cut against the proverbial grain in welcoming the oft-troubled former National Hockey League center to the fold in mid-December. From all accounts so far, the bond has proved beneficial not only for the fledgling franchise but for the 37-year old Massachusetts na 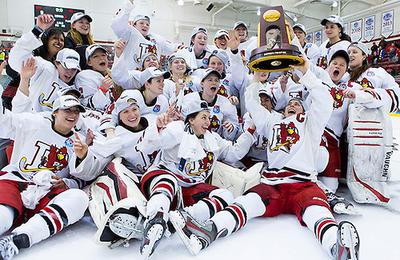 PLATTSBURGH, N.Y. — A gut-wrenching knockout at last season’s final four was impetus enough for Plattsburgh. Using the collective angst from last spring as motivation, the Cardinals’ hopes of returning to the pinnacle came to fruition in the women’s Division III national title game Saturday night in an overwhelming show of hockey symmetry. The Cardinals (28-1-1), in a true-to-form display of their depth and overall two-way talent, overwhelmed Norwich 9-2 before 1,619 fans at the Stafford Ice A

Noah Hoffman speaks to a group of children at Youth Enrichment Services as part of a Team for Tomorrow event on Sept. 24, 2018 in Boston. BOSTON — On a chilly, rather uninviting fall afternoon in the midst of rush hour, an aspiring group of young runners matched strides with their “coach.” Oblivious to the world outside of the venue, the athletes, seemingly empowered by their Olympian guest, successfully navigated through a 90-minute workout. Youth Enrichment Services (YES) of Boston welcomed 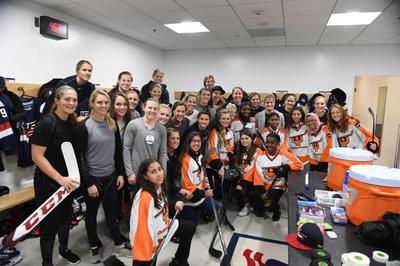 The genesis of the involvement with Snider came about from an association with Flyers head coach Dave Hakstol; a friend of the Lamoureux family. “It’s pretty amazing what the Snider Hockey Foundation has done in their community,” said Monique Lamoureux-Morando, who along with her twin sister has played in more than 100 games together for the U.S. “Ed Snider has been able to reach so many kids and families, obviously lasting beyond his lifetime. The impact of having the kids just come to our gam 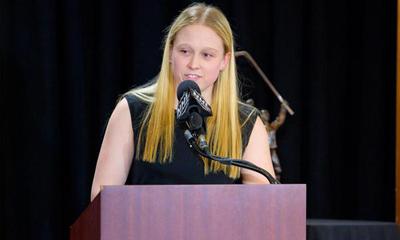 The Clarkson University senior joyously clutched the prestigious trophy on Saturday following her selection as the 22nd winner of the Patty Kazmaier Memorial Award during a lively and occasionally emotion-tinged ceremony. Gabel, who closed out the regular-season campaign with a nation-leading 34 goals, including nine of the game-winning variety, edged finalists Megan Keller of Boston College and the University of Wisconsin’s Annie Pankowski in the voting. Previous winners have been a virtual w 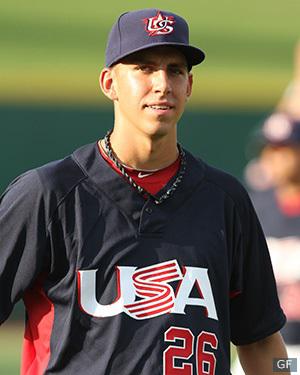 Matt Barnes: Giving Back Through Baseball

NEWTOWN, Conn. – Matt Barnes has learned a lot lessons inside the white lines, and he recently tried to pass them on to young baseball players in Newtown, Conn. Indeed, Barnes, a 6-foot-4, 205-pound, hard-throwing right-hander has built an impressive résumé in his burgeoning baseball career. But his statistical data won’t mention his most recent attempt at returning the favors afforded him along the way. On a frigid Sunday afternoon in November, Barnes and a cadre of his baseball friends, with 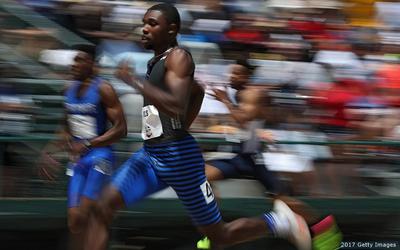 Noah Lyles competes in the men's 200-meter at the 2017 USATF Outdoor Championships on June 24, 2017 in Sacramento, Calif. BOSTON -- The signing of a professional contract by then-high school senior Noah Lyles stirred up some controversy, replete with the usual social media critics on both sides. World-class sprinting requires razor-sharp focus and a maturation of technique, leading some to question the recent spate of signings of prep stars. But Lyles, in a narrow timeframe, has razed said na 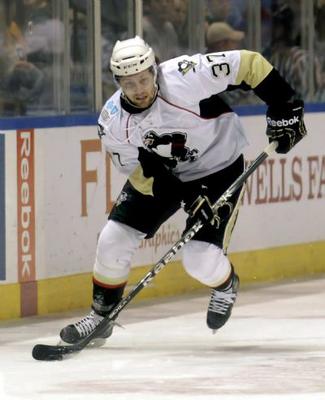 Manchester, NH — Rookie Matt Murray spun a shutout and the Wilkes-Barre/Scranton Penguins received contributions throughout the lineup in a 3-0 win over the Manchester Monarchs Saturday afternoon. The win salvaged the weekend series for the Penguins who trudged through an ugly 6-3 loss to the Monarchs on Friday night. “I thought that Manchester played really well (Friday) night and we didn’t skate at all and our compete level wasn’t where we wanted it to be,” Penguins head coach John Hynes sai 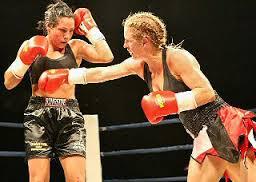 Sandy Tsagouris back on track.

(AUG 23)  LINCOLN, R.I.---Sandy Tsagouris vividly remembers the venue of her last fight, the peculiarly dubbed KoenigPlast arena, situated in a corner of Germany, known as Nordrhein-Westfalen. Tsagouris, unbeaten at the time, endured her toughest night of her four-year career, untimely dropping a controversial ten round decision to unbeaten German Ina Menzer for the WIBF featherweight title as well as the vacant WBC Female featherweight championship. Last night however, Tsagouris, a 27 year 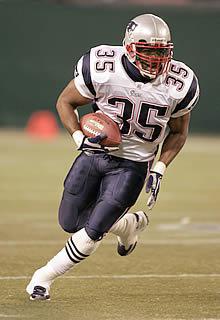 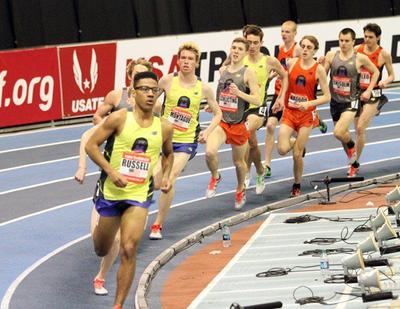 BOSTON--Tony Russell realized the first part of his vision for the 2014 indoor season on the biggest of stages. The West Chester Henderson standout clocked a blistering, nation-leading, 4:11.56 at the New Balance Grand Prix in taking a significant victory at the Reggie Lewis Center in the talent-laden Junior Boys Mile. For Russell however, the final arbiter for what would be considered a highly successful undercover campaign, comes at the upcoming Millrose Games/New Balance Mile run. “Sinc 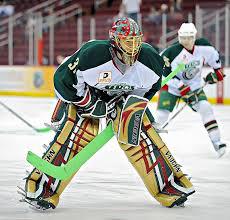 Aeros can't get grip on trip, fall 4-1 to Providence

PROVIDENCE, R.I. — While the East Coast was digging out from its second significant snowfall in three days, the Aeros were hoping to avoid being snowed under for a third day in a row. After winning five straight games, the Aeros suffered their third consecutive loss, dropping a 4-1 decision to the Atlantic Division-leading Providence Bruins before 3,281 at the Dunkin Donuts Center. The Aeros (13-12-1-2) conclude their seven-game road trip on Friday against the Iowa Stars. Sunday's loss snapped 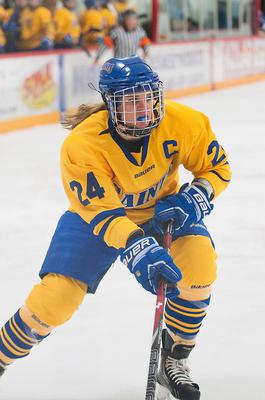 Lake Forest looks to repeat as women’s champs in NCHA

Don’t expect a major shift in the NCHA hierarchy this season. The clubs that featured upbeat offensive talent on their respective rosters are relatively unscathed by graduation. The second tier covets an opportunity to acquire such depth, but it’s not on the immediate horizon. Consider that four of the highest-scoring teams nationally hailed from the NCHA: Adrian (4.56 points per game) and defending conference champion Lake Forest (4.38) were ranked second and third respectively, behind nationa 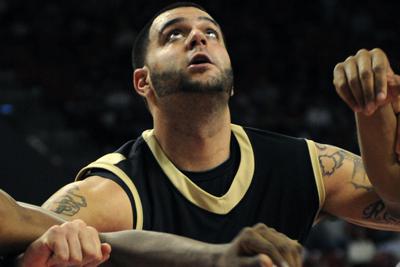 SMITHFIELD, R.I. - Nick Pontes, who came into Friday's game against Yale averaging 4.5 points, recorded his second straight double-digit effort with 15 points and five rebounds for Bryant in a stunning 69-58 comeback victory over the Elis. "Coach got after me after the Providence game," said the senior forward. "I felt that he didn't have as much confidence in me as he used to. After that I started to play hard and things started to unfold." After being held to just six field goals in the firs 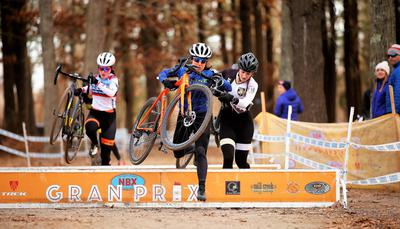 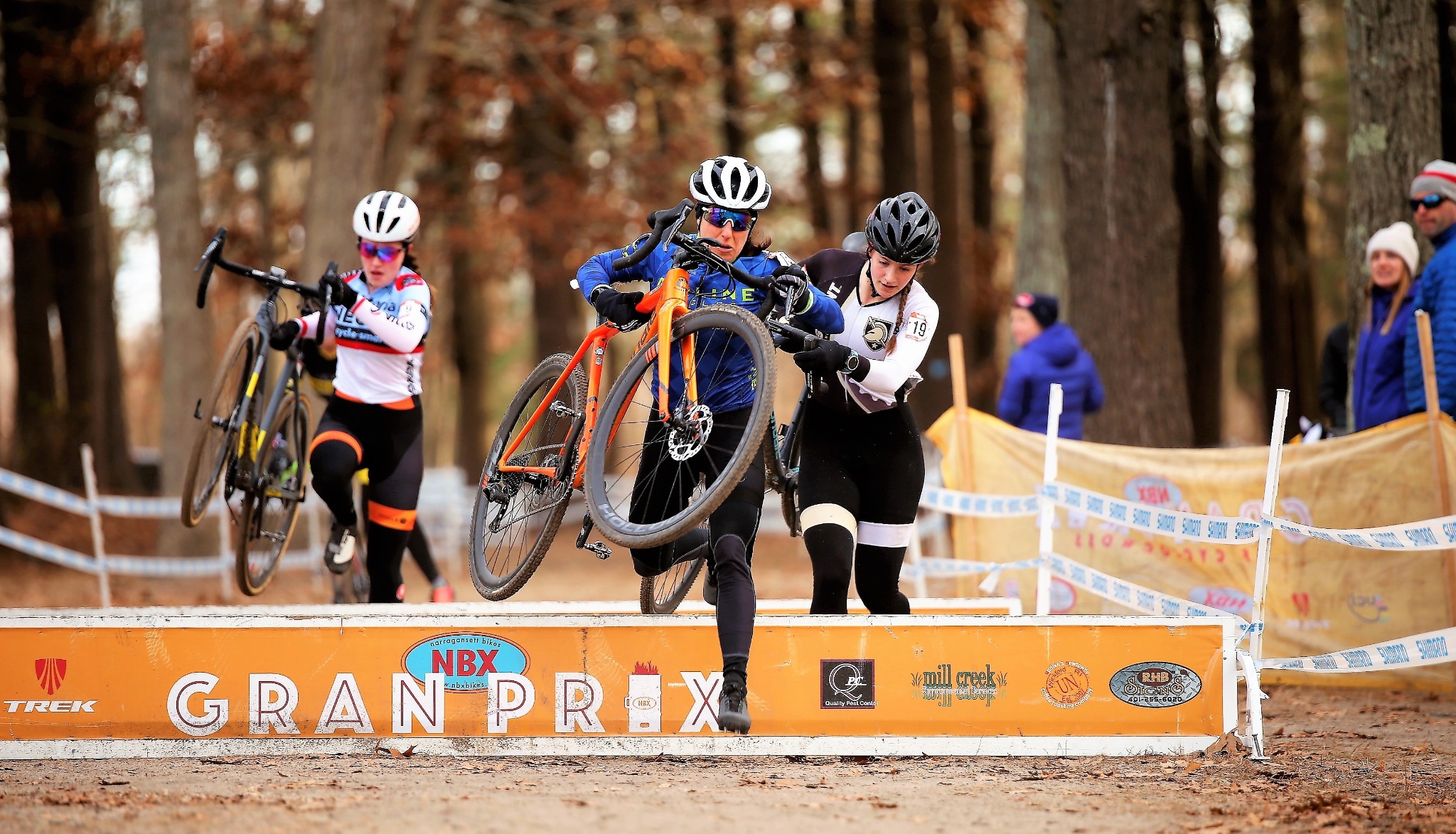 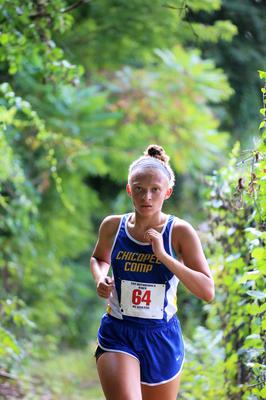 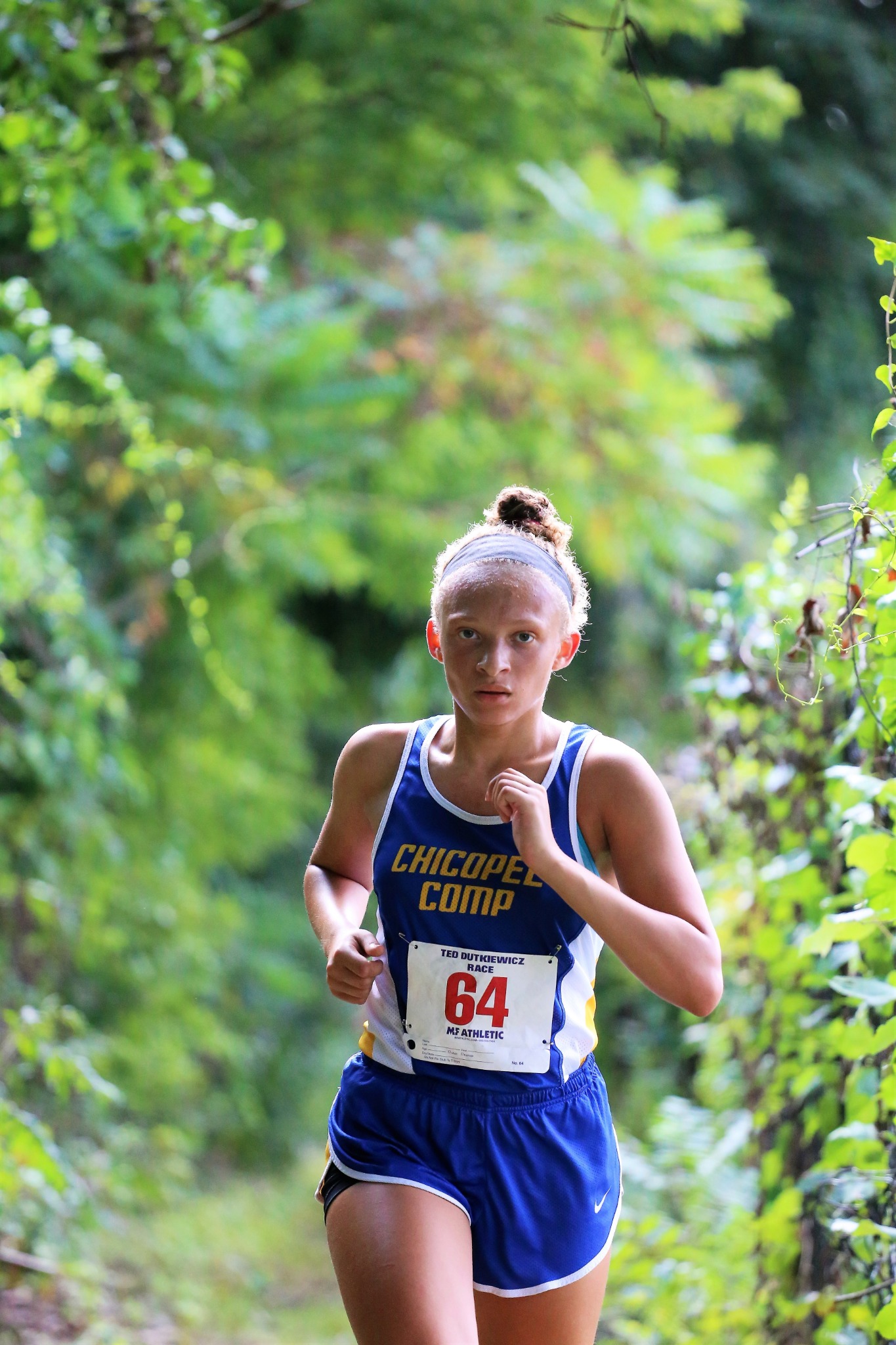 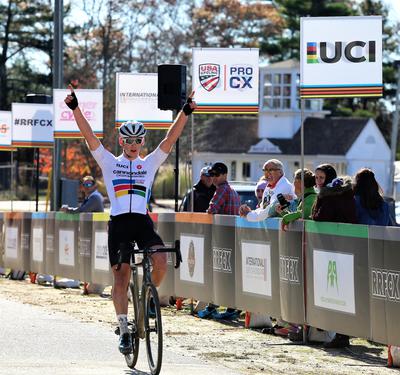 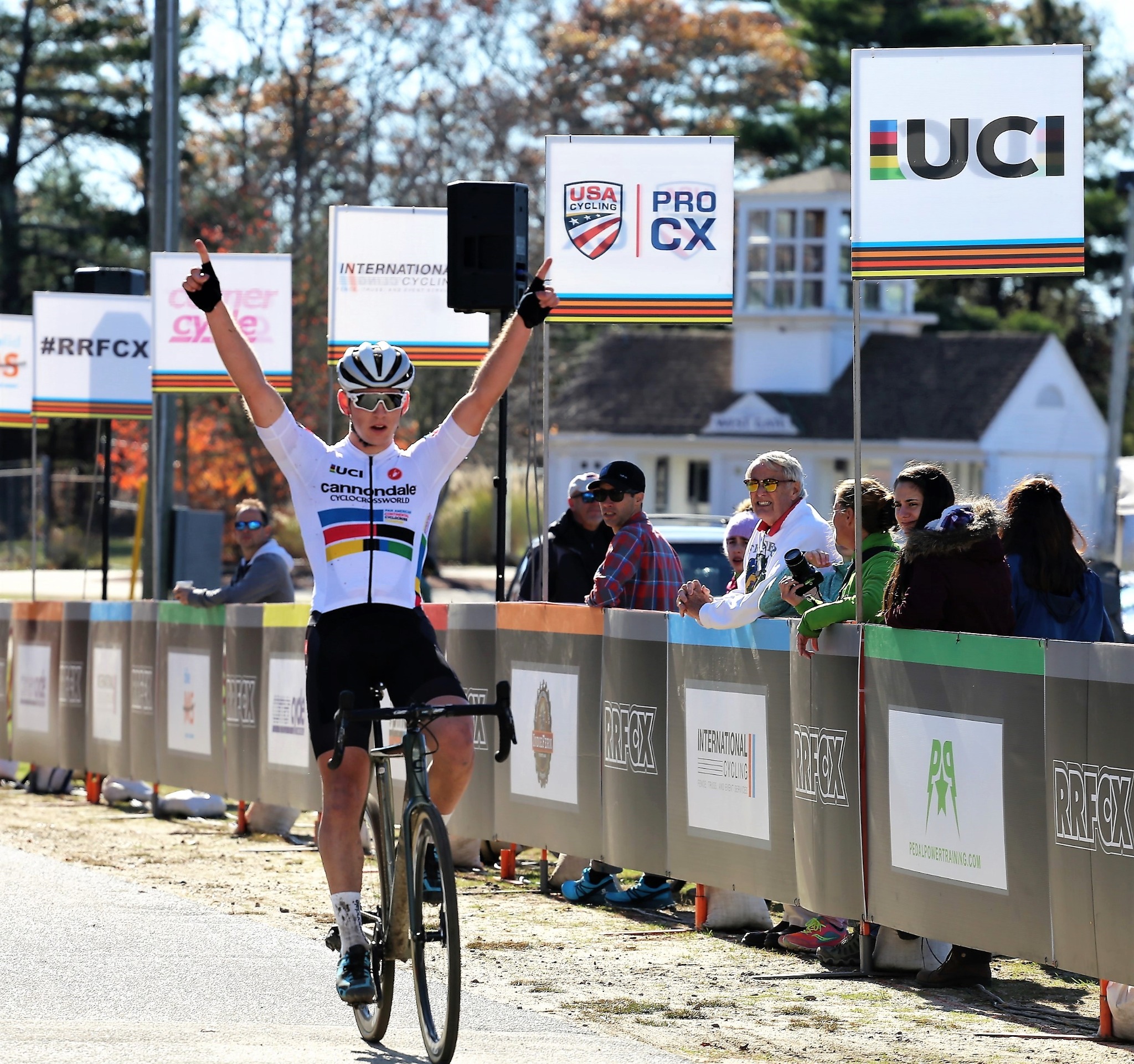 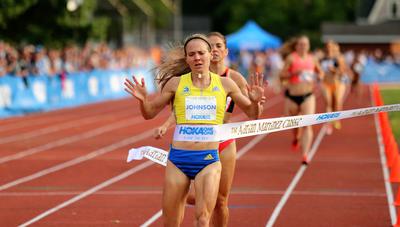 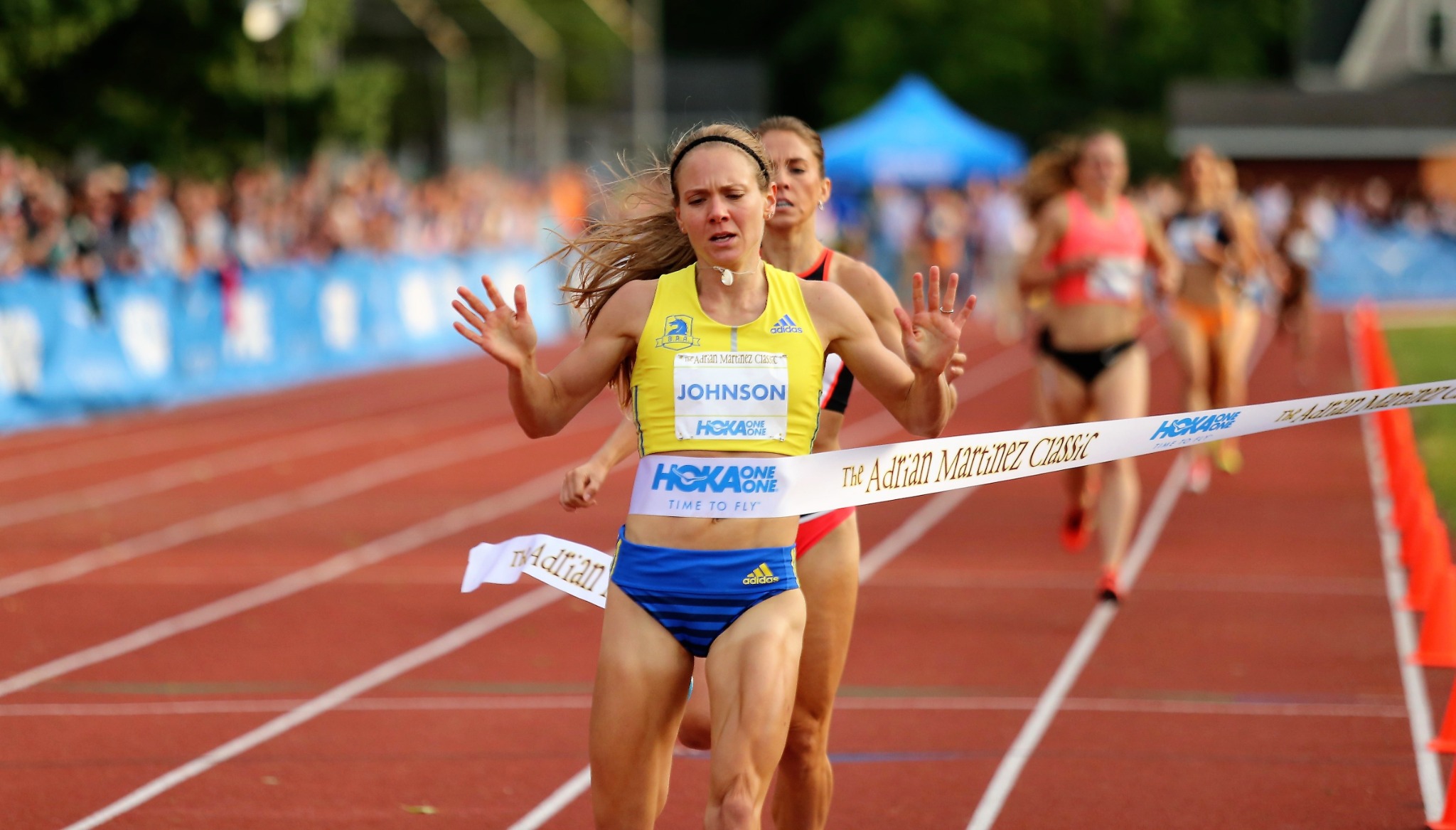 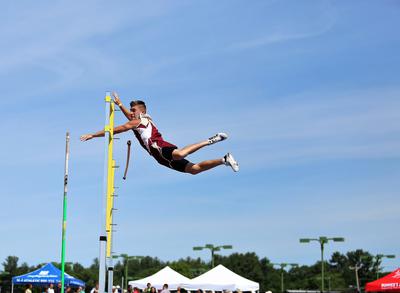 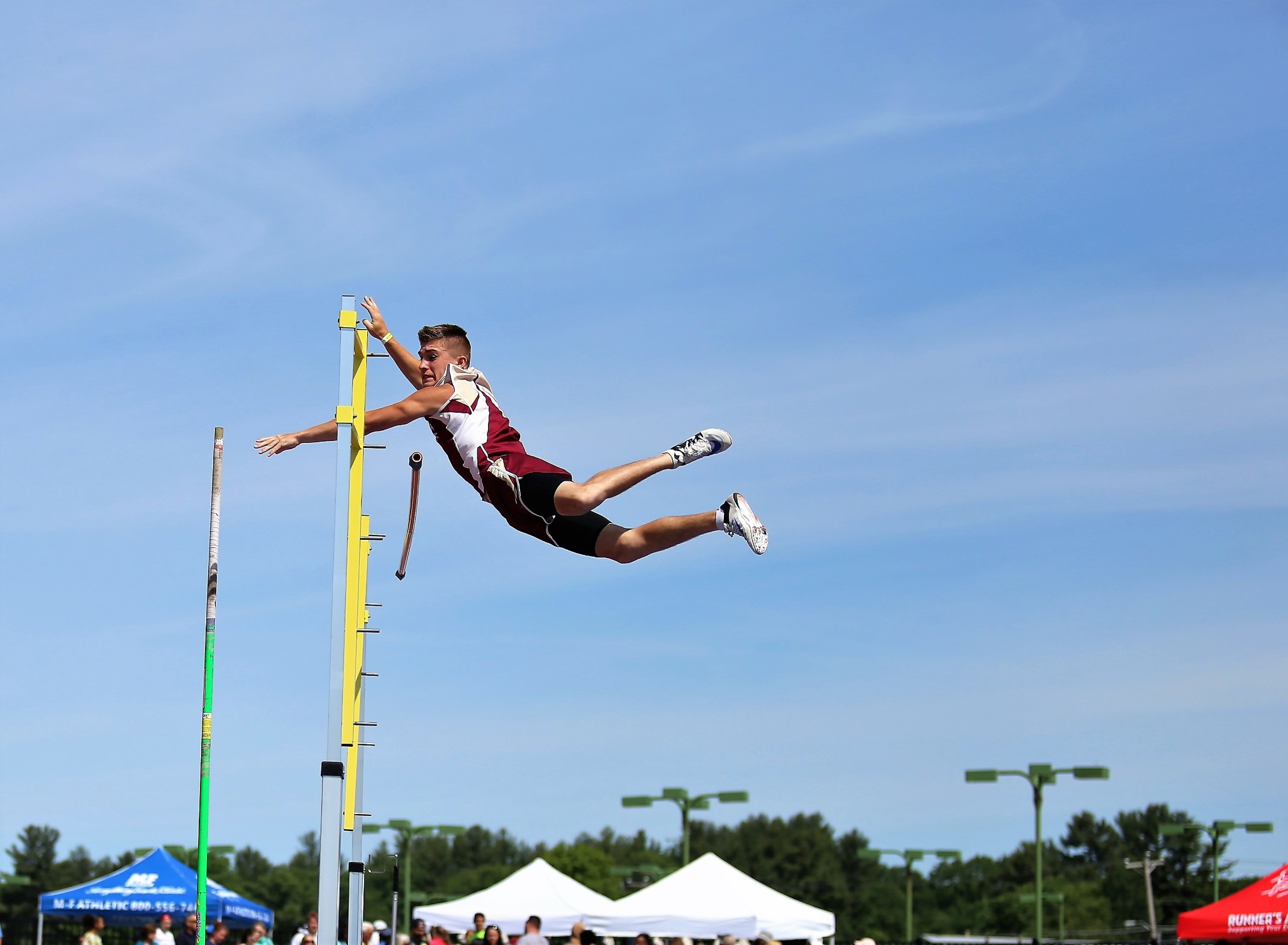 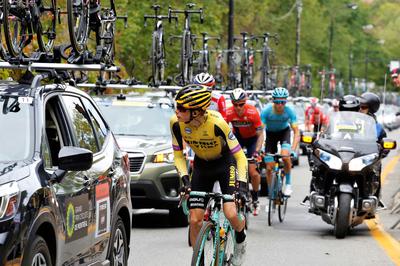 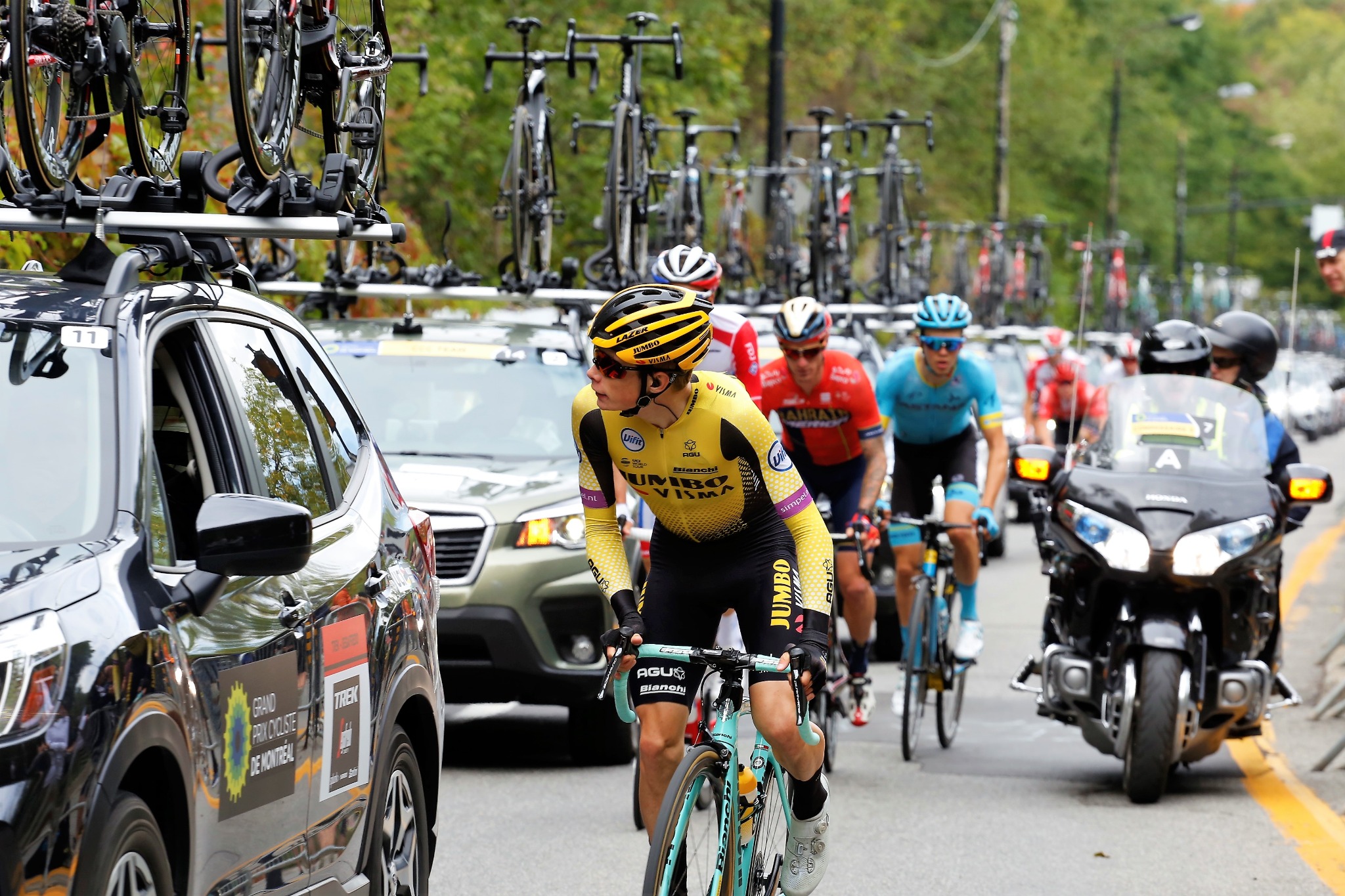